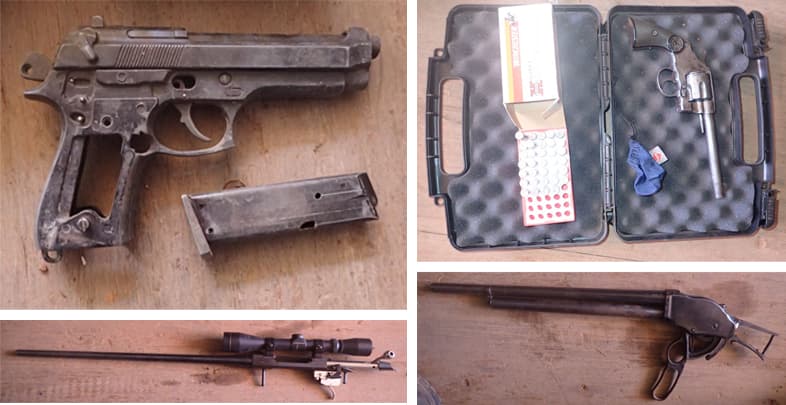 A Kalgoorlie man has been charged with numerous drug and gun possession charges as a result of an operation targeting illegal drugs and stolen property in the Kalgoorlie District.

On 4 February 2019 a vehicle stop was conducted on Great Eastern Highway in Wooroloo and the driver was identified as a person of interest to Kalgoorlie Detectives.

It is alleged during the search of the vehicle police located and seized:

Further inquiries by Kalgoorlie Detectives resulted in a search warrant being executed on 11 February 2019 at a property on Bulong Road in Kanowna.

It is alleged during the search of two sea containers located on the property, police located and seized:

A 45-year-old man from Kalgoorlie is due to appear before the Perth Magistrates Court on 19 February 2019 charged with:

The investigation is currently ongoing.