Water Police operate a range of vessels which are used for marine and diving operations, search and rescue, marine safety, and other policing and law enforcement purposes.. 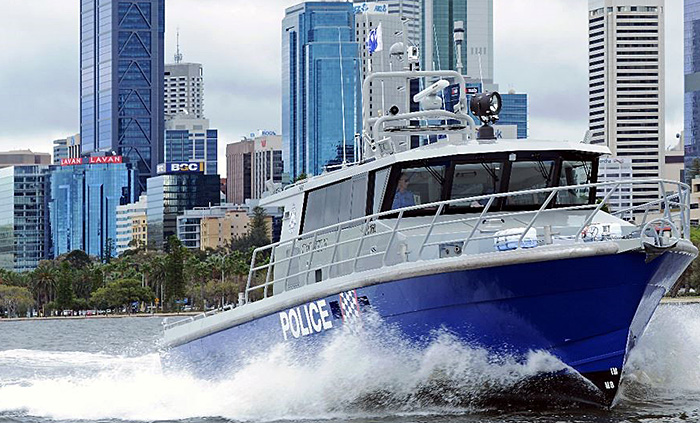 Cygnet V is a 17.6m offshore patrol vessel which was launched in June 2013 and operates from North Fremantle. Locally built in Henderson, Cygnet V is purpose-built to WA Police specifications to undertake a wide range of tasks from long-distance offshore patrols and response to commercial and police diving operations.

The Cygnet name continues an important tradition. The first police vessel Cygnet was acquired from the Fremantle Port Authority in 1902 where it was first used by CY O’Connor during the construction of the Fremantle Harbour. All four previous Cygnets have provided distinguished service, and Cygnet V continues to live up to that reputation. 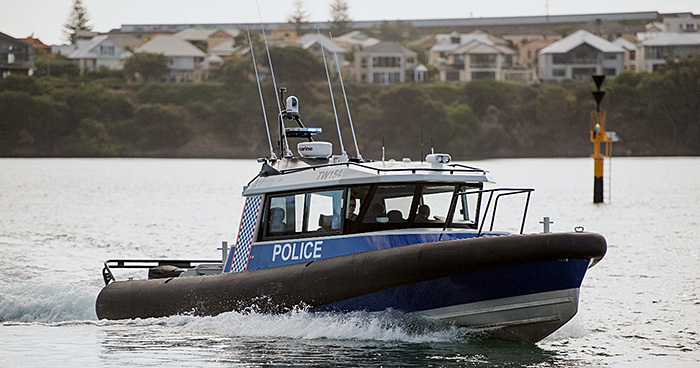 Our daily use vessels are custom-built aluminium monohulled craft with twin outboard motors. They have a top speed of over 40 knots and a range of over 200 nautical miles. They are purpose-built to be stable and capable in a variety of tasks and conditions. These vessels are used as the primary patrol vessels and are the ones you are most likely to see on our waterways.