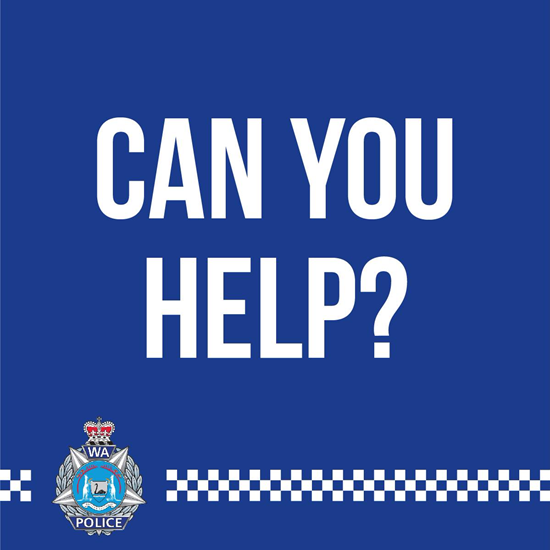 Traffic Enforcement Group officers are seeking information regarding a serious crash in Forrestdale yesterday, Wednesday 18 March 2020. About 6:00pm a Toyota Yaris was being driven east on Rowley Road, Forrestdale. At the same time a Kawasaki motorcycle was being ridden north on Nicholson Road. The two vehicles collided with each other at the intersection of the two roads. The motorcycle rider, a 23-year-old man from Wellard, received serious injuries and was taken to Royal Perth Hospital by St John Ambulance. The driver of the Toyota, a woman in her 20s, received minor injuries. Anyone with information regarding this crash, or who saw either of the vehicles involved prior to the crash, is asked to call Crime Stoppers on 1800 333 000 or report the information online at www.crimestopperswa.com.au.
More...