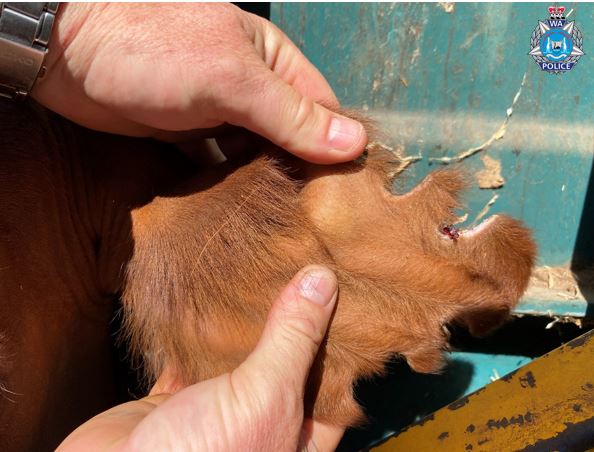 Officers from the Rural Crime Squad instigated Operation Topography to combat Criminal Networks involved in the theft and subsequent sale of cattle in Western Australia and the operation is ongoing and will continue until all known Criminal Networks are disbanded.

The Criminal Networks are comprised of individuals and companies linked to the business of cattle including aerial and ground musterers, livestock trucking companies, truck drivers and stock agents.

Last week, Rural Crime Squad officers charged three people from Moora involved in the organised theft of cattle and they are all due to appear before the Moora Magistrates Court on 16 June 2021.

A 41-year-old man was charged with:
• Three counts of Property Laundering – Engaged in Transaction;
• 1 count of Receiving; and
• One count of Attempt to Pervert Justice.

Rural Crime Squad officers urge anyone with information relating to the theft or sale of stolen livestock to call Crime Stoppers on 1800 333 000 or report online at www.crimestopperswa.com.au. People reporting information may remain anonymous if they wish.