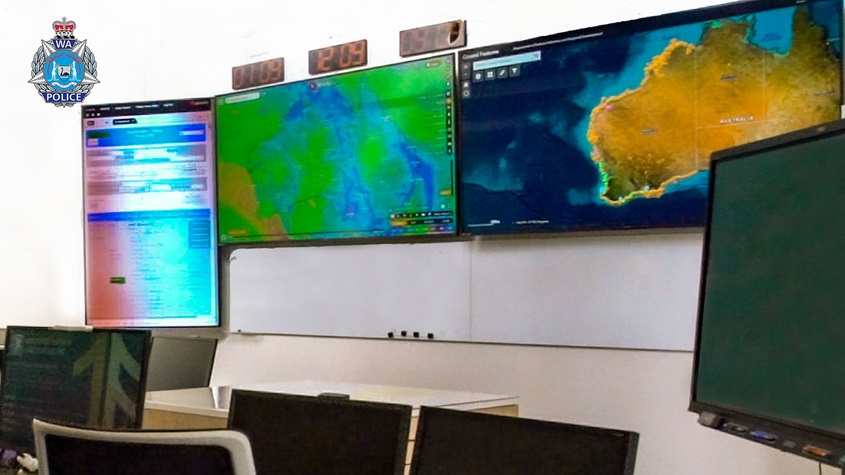 A new Water Police Coordination Centre is the centrepiece of a recently completed refurbishment project at the Water Police base in North Fremantle.
The $879,000 project to upgrade the ageing infrastructure, which has been home to Water Police for 35 years, included the upgrading of the front counter area and parts of the general office space, and the construction of a purpose-built coordination centre - which is used to manage the response to marine search and rescue operations across the state.
Since moving into the facility in 1987 in the lead up to the America’s Cup sailing event, Water Police operations have grown in size and complexity and the existing infrastructure was no longer deemed to be fit-for-purpose.
The refurbishment project, and a recent $2 million jetty upgrade, has provided Water Police the infrastructure required to serve the community of Western Australia into the future.
Inspector Steve Scott, who oversaw the recent projects, said the new facilities will allow better coordination between agencies involved in marine search and rescue operations.
“The new coordination centre has the space to allow us to invite representatives from other agencies, particularly DFES Marine Services, to co-locate in the centre during the response to multiple or complex marine rescue operations.
“Being able to work side-by-side at the one location will improve communication between agencies, enhance our ability to coordinate search vessels and air support assets, and ensure that all partners involved have access to the latest technology to assist with search planning.”
Simone McGurk, State Member for Fremantle, said she was proud to be part of a government which is investing in critical infrastructure.
“The McGowan government has provided record investment in our police, which is allowing important upgrades such as this to be completed.
“While the police officers who are based at the North Fremantle facility are responsible for coordinating the response to marine incidents across the entire state, their active patrols of the Fremantle and surrounding coastline and waterways provide much comfort and confidence to our local maritime operators – whether they be fishing vessels, recreational boaties or tourism operators.
“Our Water Police do an amazing job, and they deserve a safe, modern and functional facility to work from – and this has now been delivered.”
In 2021 Water Police coordinated the response to almost 4,500 marine tasks across the state, and as the lead agency for marine search and rescue in Western Australia they coordinate the operational deployment of search and rescue assets. Through the 24/7 coordination centre they also operate Coast Radio Perth, monitor VHF Ch 16/67 distress radio network across the state, including providing scheduled weather and marine safety information broadcasts, and support the state’s SharkSmart alert system.
More...